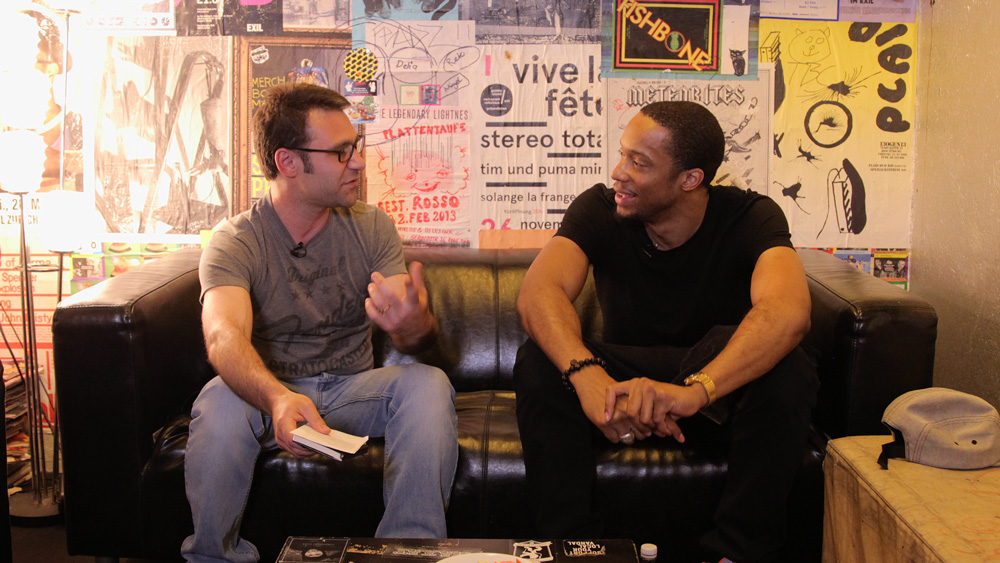 Black Milk is a self-made hip hop producer and artist that knows exactly where he wants to go and how to get there. He has collaborated with several different artists from different genres and has mixed samples with real instruments on his productions. Also, his live performances with the Nat Turner Live Band have become an insider tipp for anyone how likes a great show.

We sat down with Black Milk before his gig in Zurich during his #PlayLikeHellTour and talked about his artistry, how he delegates business affairs, and how hard it was to record on analog with Jack White. Stay tuned for show airing dates, because it’s a great interview.