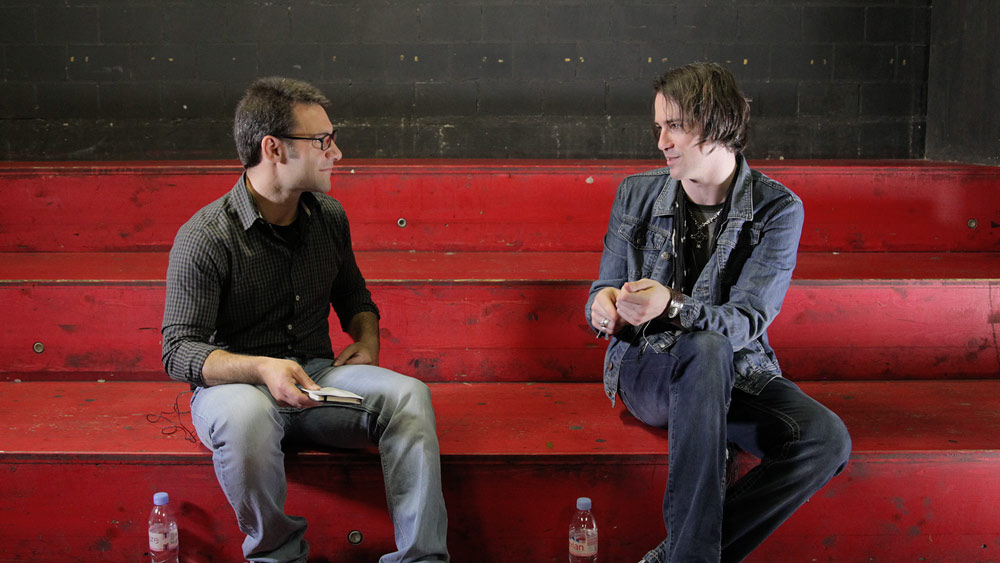 Ryan McGarvey telling host Sebastiano Mereu all about the challenges and perks of being an artist and business man at the same time.

It was great meeting and talking to Ryan McGarvey, a self-made blues shooting star from Albuquerque. He told us how he has been going about building his DIY-music venture and he has made it work as an independent artist, without the help of a major label.

We also got to hear Ryan rocking out with his powerful trio on the Kofmehl stage in Switzerland, and let me tell you, they rocked very hard! If you have the chance to check out the band live, we can definitely recommend it. And while you’re at it, check out their latest album, The Road Chosen. Very fine blues-rock. 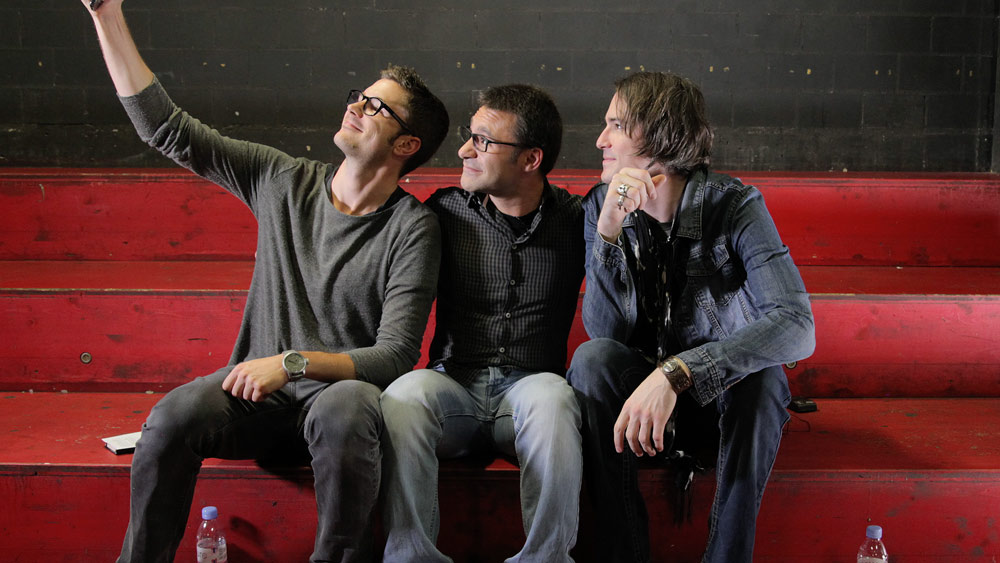 Ryan McGarvey with Simon Kurt and Sebastiano Mereu taking a selfie during the shooting of From-Hero-To-Zero.com