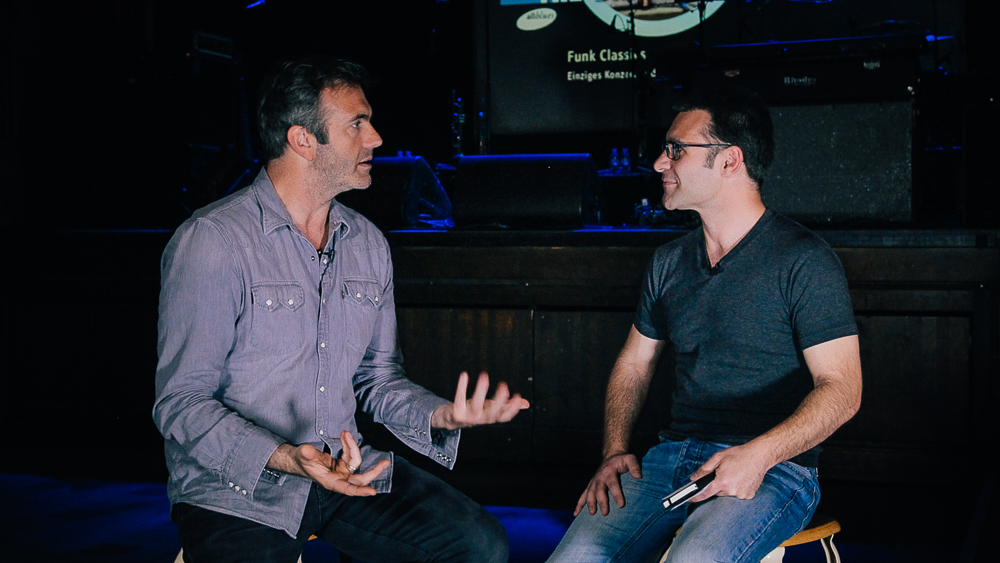 The production for the first season of From Hero To Zero started at Kaufleuten in Zurich. We met Electro Deluxe singer-extraordinaire James Copley and talked about the biz, how the band navigates the music industry and its marketplace, and how James joined the band.

We were very impressed with the professionalism that the band radiats in regard to the business side of their undertaking. You can feel how focused the band is and that there are clear goals envisioned. And when James told us that he thinks Electro Deluxe sounds even better live than on a record, I was a bit sceptical. But boy did they prove me wrong. The band played a 100-minutes full-energy gig, and they truly sounded better than on any YouTube video or record I had seen of them before.

It doesn’t matter what your music-religion is, if you like a good live-band, you have to check out Electro Deluxe. One of the best live-bands France has to offer these days.

The interview with James Copley will be published in June 2015 on this blog. Stay tuned.